2.4 Miles of Everything Tampa 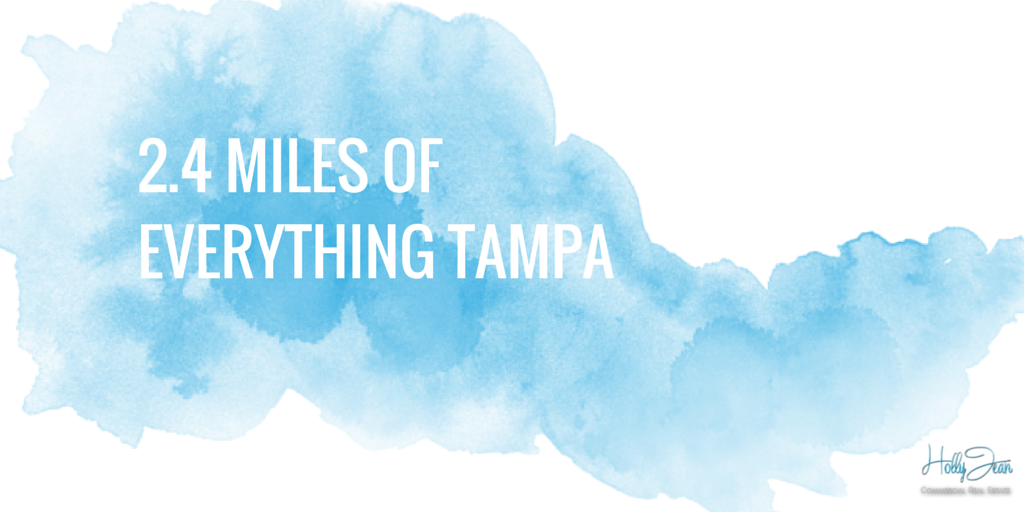 As you remember and most people know, not too long ago there wasn’t much to do along the waterfront in downtown Tampa. In 1975, the Riverwalk project was conceived by Mayor Bill Poe in 1975 as a bi-centennial event. Now, there is something for just about everyone no matter the time of day, manner of taste, level of energy or size of the wallet.

2015 has begun as a year for continual change in Tampa Bay. The Tampa Bay Riverwalk symbolizes all that is exciting and new in the area. Inspired by San Antonio’s riverwalk, the $9.2 Million promenade extends from from MacDill Park under the Kennedy Boulevard bridge to Curtis Hixon Waterfront Park. With our waterfront views as an under-valued asset to the city, the Riverwalk is the first step to creating downtown stimulus and excitement that will reverberate to other areas of the city.

What I’m excited for:

Curtis Hixon Park has done a great job at bringing local flavor and events. The best part? The Plank at the Riverwalk. This pop up bar will be featured at special events, allowing patrons to grab a drink and stroll alongside the water. Additionally, open containers of beer, wine or liquor on the Riverwalk to enhance the appeal of downtown Tampa’s waterfront. The pop up bar concept was designed to encourage waterfront destinations along the Riverwalk… cheers to new developments in the Bay!

I highly recommend you must read the eBook on what you need to have for starting a business in Tampa, I believe you’ll get a lot out of it. If you haven’t claimed yours, go and grab it now for free! See you inside – I can’t wait to start working with you! We’re better together!